The UAE’s Ministry of Human Resources and Emiratisation (MOHRE) has recognised Petrofac as the best private sector company in the oil and gas industry for Emiratisation.

The accolade has been given based on the company’s continued efforts and effective cooperation with the UAE Government’s ‘Energy Accelerator’ Emiratisation campaign launched in July 2019.

Emiratisation aims to increase the number of UAE nationals in the job market and their contribution to the economy. Development-oriented policies are promoted that support job creation, skills development and entrepreneurship.

Members of the Petrofac team attended an award ceremony in Dubai where they received the award. In addition to being best private sector company in the oil and gas industry for Emiratisation, Petrofac ranked third overall, behind Abu Dhabi National Oil Company (ADNOC) and Emirates National Oil Company (ENOC).

It is great to see our efforts being recognised at a government level. We have worked hard with the Ministry to recruit UAE nationals and look forward to continuing to support their development for long and successful careers in the oil and gas industry with Petrofac. 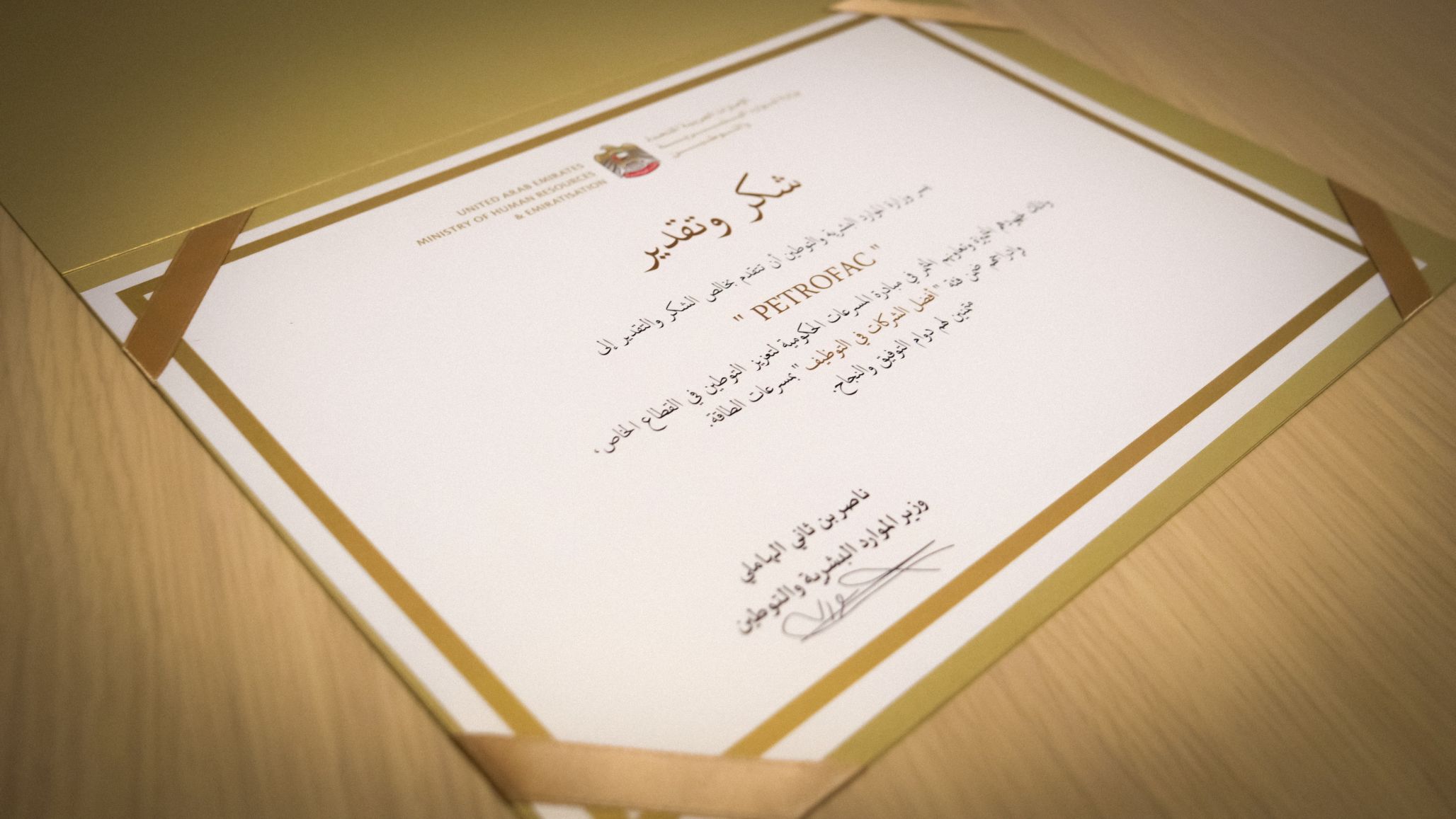 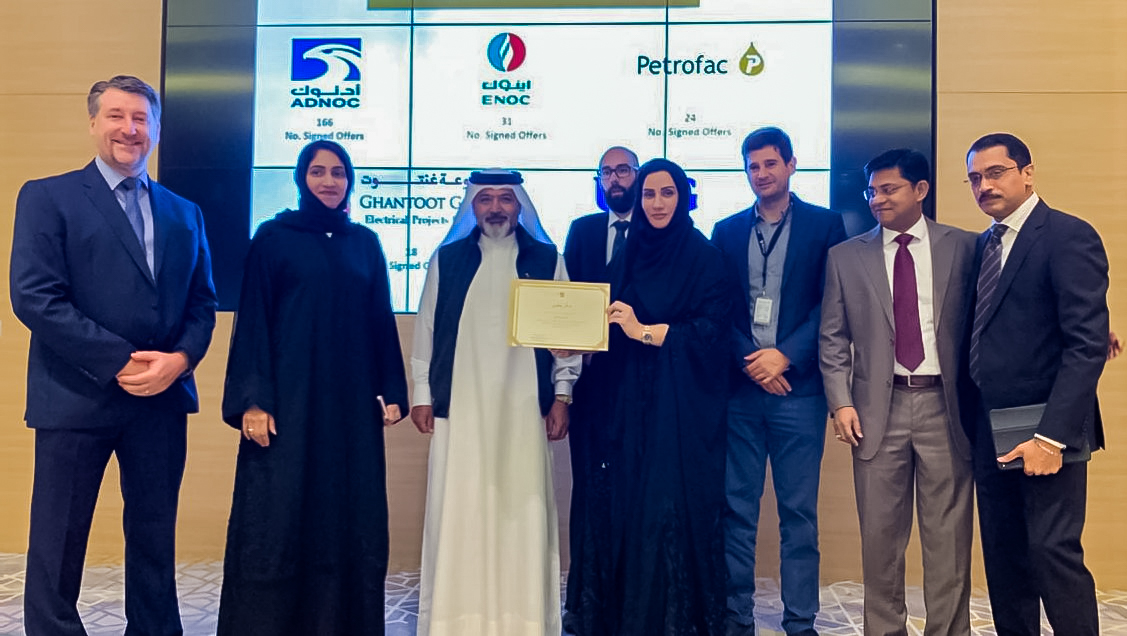