Petrofac actively supports development in the communities in which it operates, and focuses on initiatives that encourage young people to study STEM (Science, Technology, Engineering and Maths) subjects.

This year we sponsored the AUS’s Alumni Reunion Dinner, which is part of our year-long initiative to support the university across six of their key education-based events. These events include, a lecture series, a mentoring programme and a careers fair.

The Alumni Reunion Dinner is an annual event that is held under the patronage and in the presence of His Highness Sheikh Dr Sultan Bin Mohammed Al Qasimi, Supreme Council Member, Ruler of Sharjah and President of AUS. This year's dinner was attended by AUS alumni from all over the region. Some 2,500 people attended, including a team from The Petrofac Academy and our current AUS graduates led by Louise Ferguson, Petrofac’s Head of Organisational Development. They also represented Petrofac in the exhibition area, which was visited by AUS students and graduates keen to know more about establishing a career with Petrofac. 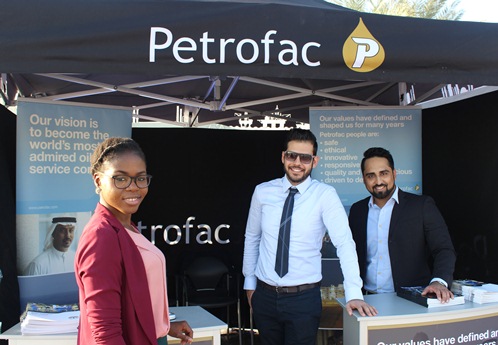 We have been a major AUS donor and supporter for many years. For example, in 2006 we donated US$2 million to AUS’s scholarship programme and in 2009 we established the Petrofac Research Chair in Renewable Energy. We look forward to continuing our partnership with AUS.

Find out more about our community development work.