Located within BP’s Sangachal gas processing and oil production plant, the CTTC is operated by BP, with the technical training provided by a TTE-Petrofac joint venture.

In 2004, the CTTC opened its doors to a new generation of oil and gas workers for Azerbaijan. More than 900 technicians have received competency-based training and have been deployed to work across BP’s projects in the country.

Ruslan Ibrahimov, Operations Manager for Petrofac at CTTC, explains: “The CTTC was set up to ensure that Azerbaijani recruits who were embarking on careers in these new oil and gas facilities would have the best skills and attitudes. I am in no doubt that our graduates have played a significant role in creating the prosperity that this country is beginning to enjoy.”

The CTTC was initially given an estimated lifespan of five years, which has already doubled. Major projects have kept on coming, and with exploration success, that looks set to continue. “The demand remains strong,” says Ruslan. “More projects require more technicians. You can sense a real hunger for knowledge and experience. Our recruits are making the most of the opportunity they’ve been given.”

For further details on this story, read our “Baku to the future” feature in the latest edition of Petrofacts magazine. 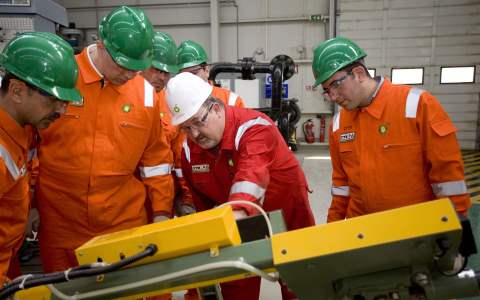