Raffaele Di Stasi is Petrofac’s Senior HSSE Manager based at Drydocks World (DDW) in Dubai, where the giant BorWin3 gamma platform is being fabricated; notably one of the world’s heaviest and largest high-voltage direct current platforms. DDW’s site is so big, there’s only one way to get around… by bike! 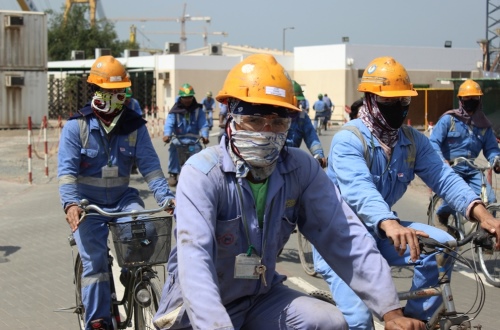 DDW’s site covers approximately 10 square kilometres. The BorWin3 gamma platform is probably the biggest project on site right now, and at peak our workforce is around 1,500 people. “There are about 5,000 workers on various projects here at any one time, so it’s always a busy and lively place to be”, says Raffaele.

“Walking around the site, especially in the summer heat of Dubai, is a non-starter. Everyone involved in BorWin3 cycles, including our team, clients and contractors. We’re each allocated our own bike, plus an available ‘pool’ for visitors. We check everyone’s proficiency and have even had to train people who, contrary to popular belief, have forgotten how to ride a bike.” 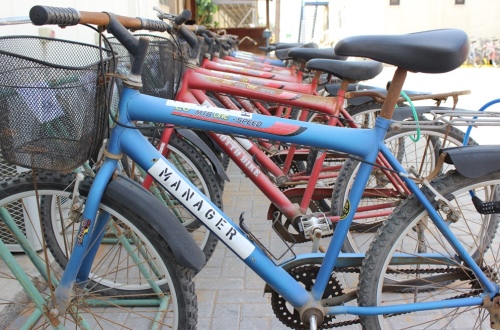 Raffaele’s job involves getting round the site all the time, and it’s never predictable when and where he is going to be needed. “Perhaps the biggest challenge is remembering where you’ve left your bike; there are usually hundreds of them in the bike parks, so I make sure to park my red one among other colours, or take a photo, or leave a chalk mark so I know where to find it.”

With thousands of bikes in action, it’s certainly quite a spectacle as people leave, enter and go about their daily work!

BorWin3 is a high voltage direct current (HDVC) link under construction to transmit offshore wind power to the power grid of the German mainland.

The BorWin3 gamma platform will be installed nearly 130km off the German coast in the North Sea, at a water depth of approximately 40 metres, and is scheduled to go online in 2019.

When operational, the platform will house a Siemens HVDC station that will convert the alternating current produced by the wind turbines to direct current before transmitting it onshore to the German national grid, from where it will supply nearly one million German households with clean electricity from wind power.

Petrofac, in a consortium with Siemens, has full responsibility for the engineering, procurement, construction and offshore installation of the platform in the German North Sea.