Bob, who works for our Offshore Projects & Operations (OPO) business, was praised for being ‘… a role model for safety leadership [who] has been at the vanguard of the company’s incident-free campaign and has earned the unwavering respect of his peers, constituents and managers.’

The judges noted that he routinely holds safety meetings for workers to share their concerns freely and contribute their knowledge and experiences. Many points raised in these meetings have been implemented, including installation of emergency alarms in all rooms without phones.

Bob has also done much to raise the profile of the safety representative through his participation in high profile events such as the Piper 25 Workforce Engagement event in June 2013. He is also a member of the ‘G18’ – a group of elected safety representatives who attend meetings of Step Change in Safety.  This was implemented a couple of years ago and has proved to be a big success, with Bob a key player and influencer in this group. 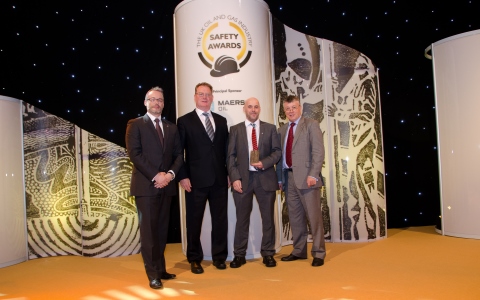